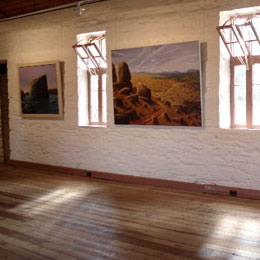 In his work is a clear and open sympathy for the starker, more quizzical Australian tradition, found in the mid 20th century work of such painters as Arthur Boyd and Fred Williams.

Works
About
Past Works
An Teallach Studio
Information
Contact